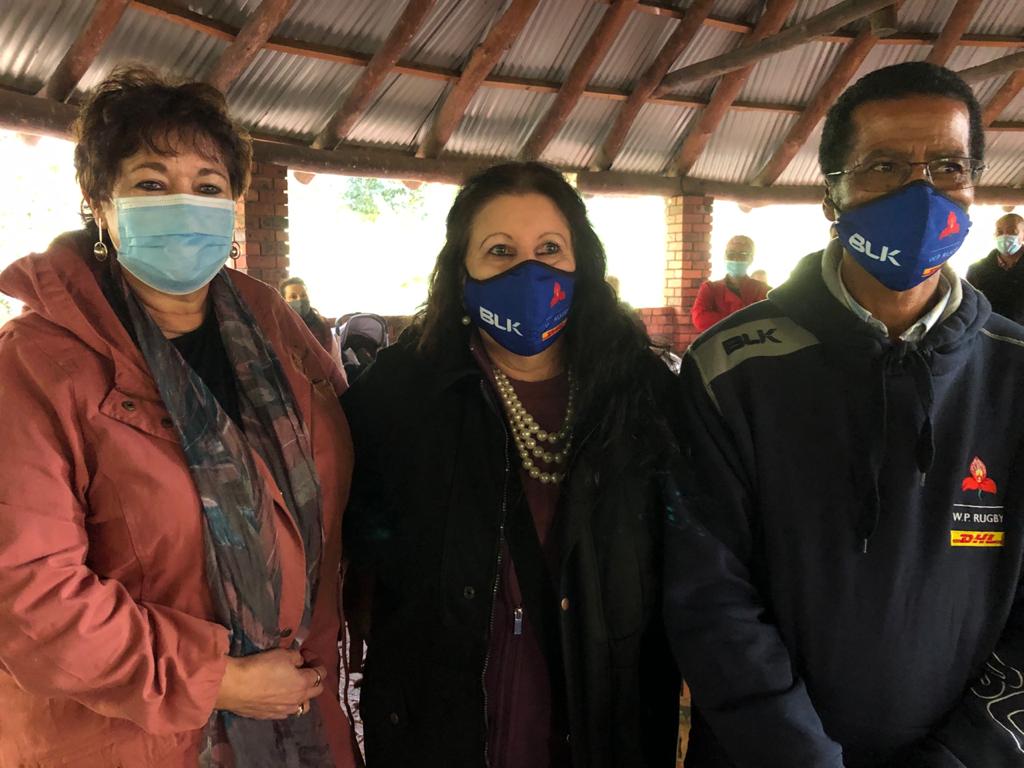 
Western Province Rugby said goodbye to three long-serving staff members who have reached retirement at a special function at DHL Newlands on Wednesday.

Cornelius first started working for Western Province Rugby in 1981 and will be fondly remembered by generations of players and coaches as a friendly face who co-ordinated the playing and training kit.

Malan began working for Western Province Rugby in 1987, having previously worked for SA Rugby at DHL Newlands. The charismatic Logistics Manager retired in early 2020, but due to the COVID-19 lockdown it was not possible to hold a function to honour her service and commitment at the time.

Knipe started at DHL Newlands in 1991 and handled the union’s bookkeeping for over 28 years and ended her career at the end of 2019.

All three are special characters with a deep connection to Western Province Rugby, having been a constant presence in the offices and around DHL Newlands for decades.

Malan said that it was fantastic to see the rest of the staff again after more than a year.

“We really appreciate the effort that was made to get everyone together and it was particularly special to be at DHL Newlands where we have so many special memories,” she said.

Knipe said that there were many highlights over her career, which also saw her make close friends.

“It was wonderful to have everyone together at DHL Newlands, I loved the work there and learned so much from many different people. I formed very close friendships with amazing people like Theuns Roodman, Rob Wagner, Ria Malan and Revenne Maritz.

“One of the highlights was working for the 1995 Rugby World Cup after unification and I have many other happy memories over the years,” she said.

Cornelius, who will finish up in June, said that it has been an honour to work at DHL Newlands.

“I have worked at DHL Newlands for 40 years and have seen many players and coaches come and go in that time. It was great to get everyone together to say goodbye,” he said.

The function at DHL Newlands gave the rest of the staff an opportunity to say goodbye and pay tribute to the hard work and dedication that the three of them have put in over the years.

Ruben Machelm, who has temporarily assumed responsibility for some of the tasks that fall within the job description of the CEO, said that Cornelius, Malan and Knipe have been shining examples of what it means to commit yourself to Western Province Rugby.

“Jeff, Ria and Gerna have been part of the fabric of Western Province Rugby for so long that it is very difficult to pay fitting tribute to what they have done here over many years.

“All three have been through many highs and lows here at Western Province Rugby, but have remained true in their friendly demeanour and commitment over the years. They will all be truly missed and we wish them all the best in their retirement,” he said.