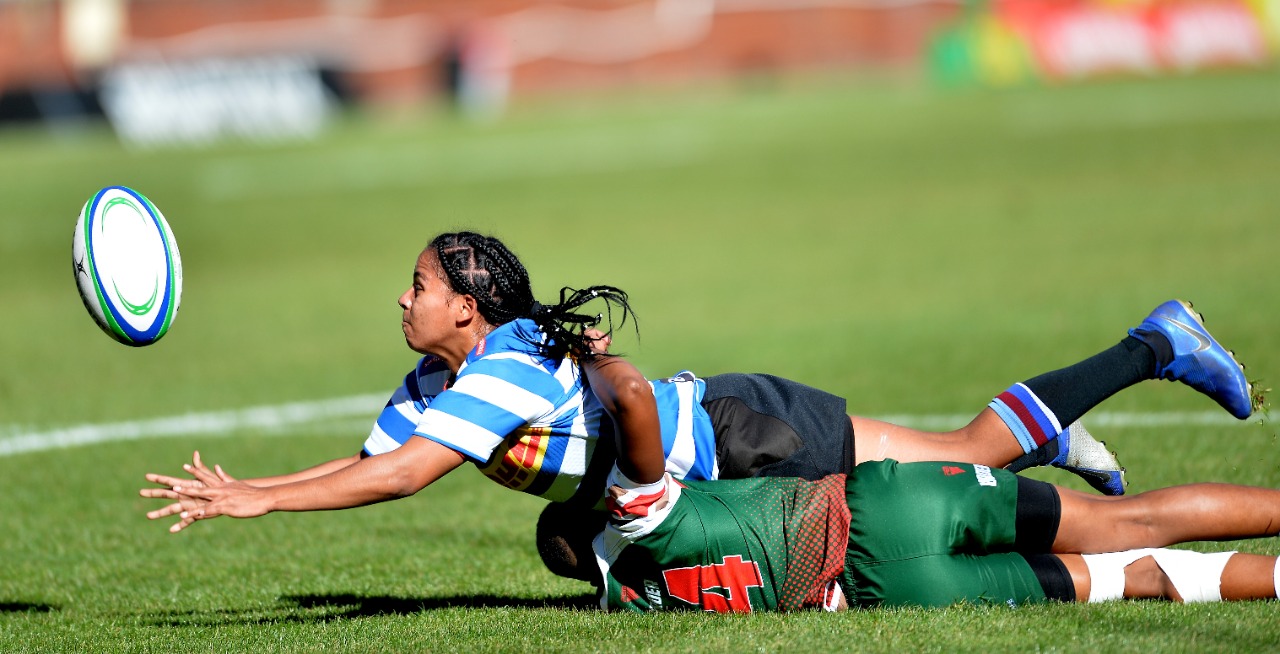 
DHL Western Province Women scored five tries on their way to a convincing 30-5 victory against Border Ladies at DHL Newlands on Saturday, to continue their unbeaten run.

The bonus-point victory saw DHL WP Women increase their lead at the top of the standings, after handing their rivals their first defeat of the season.

The home side started with real intent and got on the scoreboard early with a penalty from flyhalf Zintle Mpuhpa.

They followed that up with the opening try, with the forwards taking the ball close to the tryline before it was sent wide to right wing Veroeshka who finished in the corner.

DHL WP Women were then forced to defend as the visitors threw everything at them, but they showed great commitment to hold out and Border Ladies were dealt a further blow when they were reduced to 14 following a high tackle.

DHL WP Women showed good patience and kept the ball in hand, with the breakthrough eventually coming as Grain broke the defensive line and put inside centre Megan Kannemeyer over for a try.

Border Ladies had the final say in the first half with a try from flank Lusanda Dumke, but it was DHL WP Women who took a healthy 15-5 advantage into the half-time break.

The hosts made the perfect start to the second half, with scrumhalf Felicia Jacobs scoring from a quick tap to make it 20-5.

Fullback Donelle Snyders went over for the bonus-point try on the hour mark and the fifth try came at the death, with Grain going over for her brace to put the seal on a convincing performance.