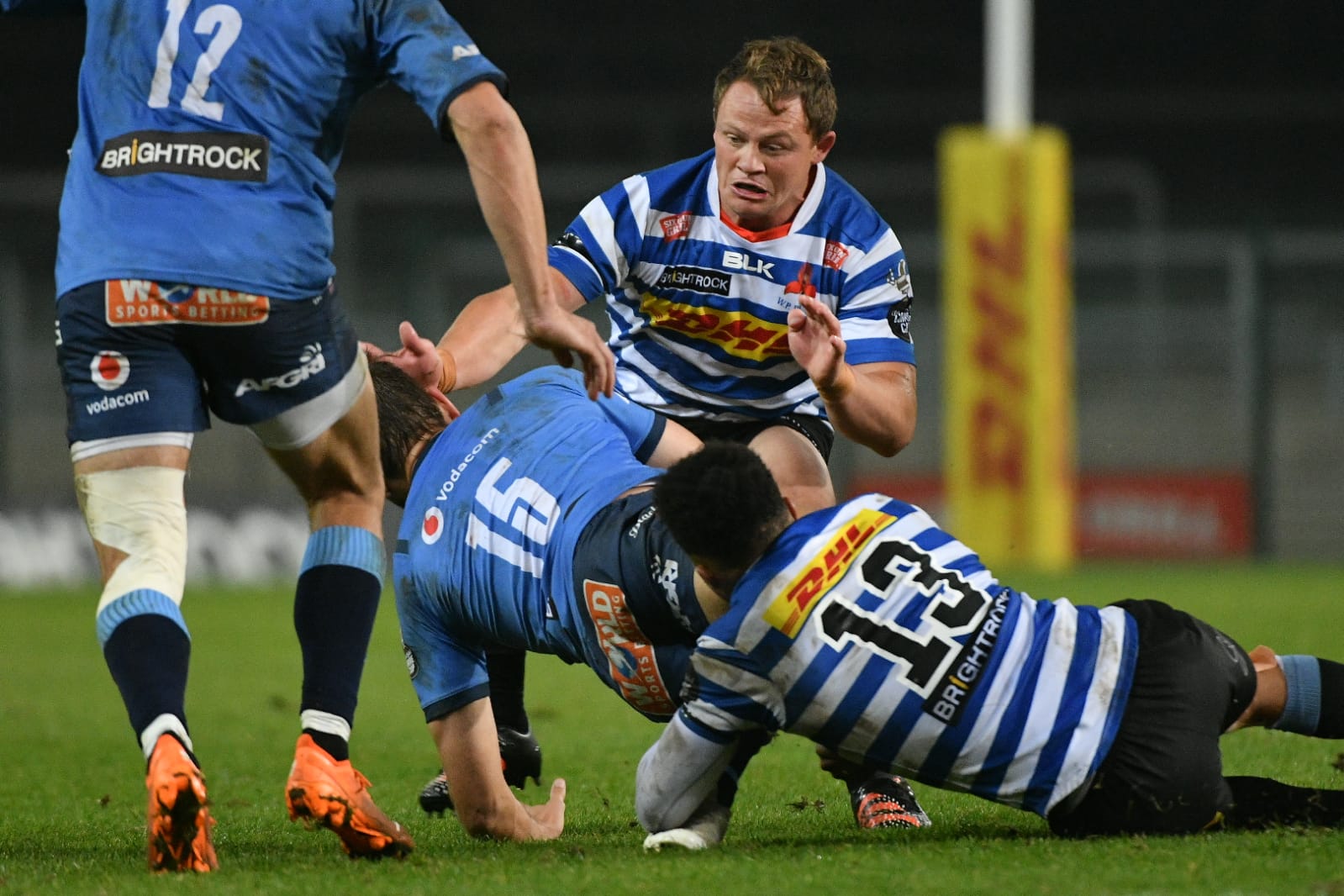 It has been an extraordinary Carling Currie Cup season, with DHL Western Province the only team to fulfill all their fixtures. They fought hard to make the play-offs and tonight they have a chance of qualifying for the final next week as they go up against their old rivals in Pretoria.

Good conditions for rugby at Loftus Versfeld, it is clear and not too cold, so we should be in for a thrilling contest tonight.

0 – Kick-off in good conditions at Loftus Versfeld where DHL WP are up against the Vodacom Bulls in a Carling Currie Cup semifinal. Time to leave it all out there for the Faithful.

2 – Deon Fourie blown up at the breakdown early on and Goosen kicks a penalty to put the Bulls 3-0 up.

5 – Another penalty for the Bulls and they kick to the corner this time and then go wide to Cornal Hendricks who scores in the corner. That puts them 10-0 up.

10 – Bulls over for their second try, with Goosen scoring and then converting to make it 17-0.

12 – DHL WP hit back with a try of their own. A quick tap from Paul de Wet and it is spun out to Edwill van der Merwe who finishes in the corner to make it 17-5.

15 – The Bulls hit back with a third try, scored by flank Arno Botha to take their lead out to 24-5.

19 – DHL WP come from an attacking maul and win quick ball with advantage. Eventually it is Hacjivah Dayimani who forces his way over for the second try to make it 24-12.

23 – Bulls on the attack after winning a penalty, but they stop the maul well and Deon Fourie wins a breakdown penalty.

27 – The teams exchange kicks. Dangerous tackle from Dayimani so the Bulls set up another line-out in the 22.

32 – DHL WP carrying with intent and sending the ball wide, but another breakdown penalty gives the Bulls another attacking opportunity.

35 – The Bulls keep hammering away and eventually Marcell Coetzee scores to make it 38-12.

38 – DHL WP keep coming but Swiel is tackled out and the Bulls come from their own half.

41 – Second half underway, DHL WP need to strike early here to get back into the game.

43 – Out on the full from Petersen, so the Bulls have an attacking opportunity. Ball lost forward, so DHL WP have a scrum on their 22.

47 – DHL WP will never say die and they strike first in the second half, with Edwill van der Merwe getting a great offload from Sergeal Petersen to get over for his second try. That cuts the home team’s advantage to 38-19.

50 – DHL WP on the attack again and launch a good maul. They break away but lose the ball at the breakdown so the Bulls can clear it.

55 – Bulls in front of the kicker so DHL WP have another attacking opportunity just outside the 22.

57 -They take the ball right in front of the poles and get another penalty so they call for the scrum.

59 – Van der Merwe over in the corner, but the try is disallowed by the TMO. DHL WP had advantage so they call for another scrum in front of the poles.

61 – The ball is lost forward by Fouche just short of the line, so the Bulls have a scrum this time.

64 – Bulls get a scrum penalty and exit their 22. DHL WP win the line-out and go to the backlien, but it is lost in the tackle.

66 – Swiel called for offside, so Bulls set up another attacking line-out.

68 – The Bulls take it close to the line and then switch it back to Cornal Hendricks who dives over to score.

70 – Bulls offside again so Swiel kicks it into the corer as they look for another try.

72 – They maul and Andre-Hugo Venter swivels off the back to score the fourth try for DHL WP and reduce Bulls’ lead to 48-24.

75 – DHL WP blown up at a line-out, so the Bulls kick it to the corner again. Bulls blown up for going off their feet.

78 – A loose ball is kicked ahead by Edwill van der Merwe who picks it up to go over for his hat-trick try.