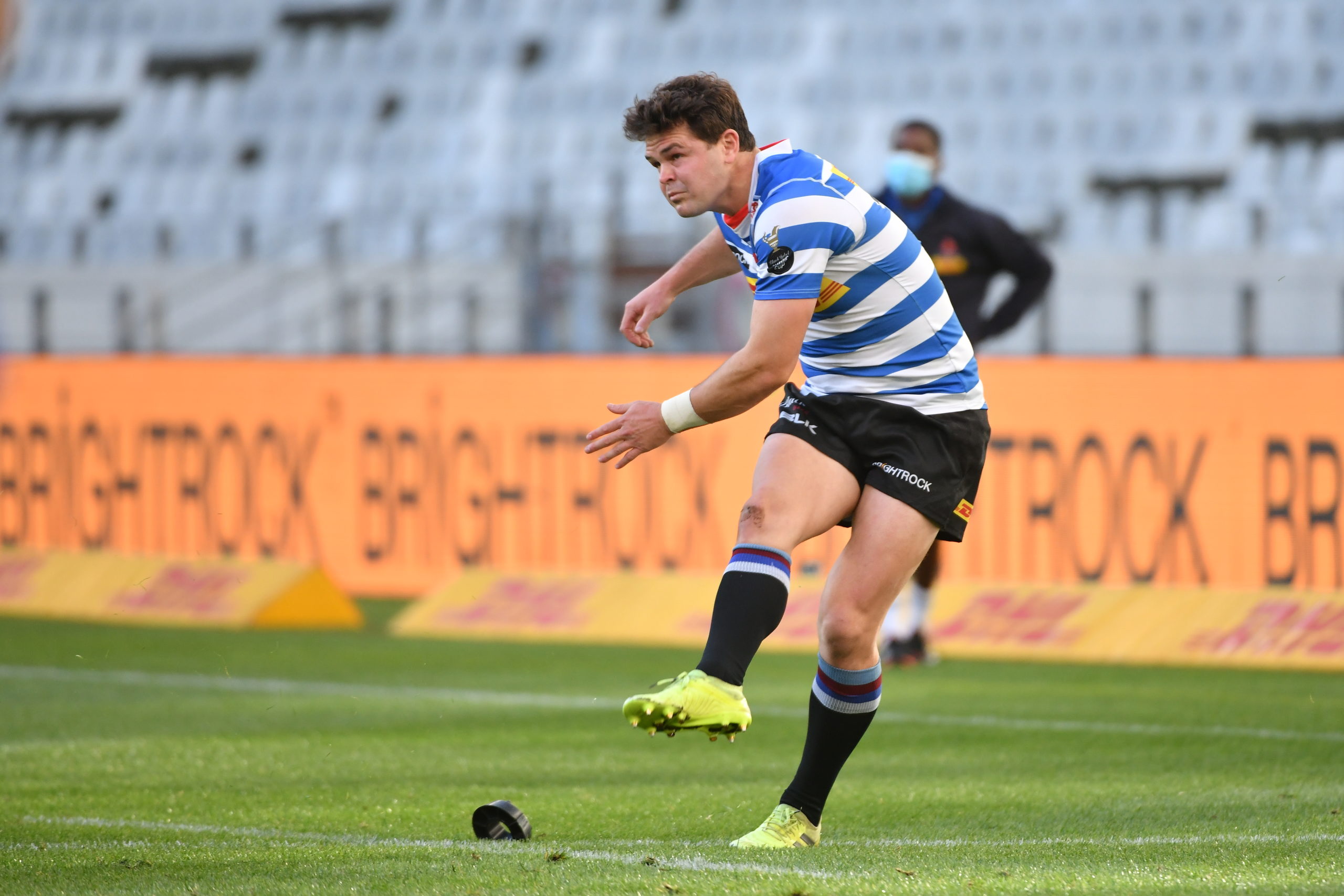 
DHL Western Province are looking to return to winning ways as they face the Toyota Cheetahs in a Carling Currie Cup clash in Bloemfontein.

1′ – We are underway in Bloemfontein

5′ – So close. Lovely break by Tristan Leyds but his grubber doesn’t find the hands of Juan De Jongh. Cheetahs are able to escape their 22m.

12′ – 15+ phases as scrumhalf Godlen Masimla puts the ball deep into Cheetahs’ territory. Pushing hard for the Faithful this afternoon.

15′ – Lovely interplay between prop Neethling Fouche and flank Nama Xaba. A turnover but still DHL WP sit deep in the opposition half.

20′ – Another period of sustained pressure but the offload of lock JD Schickerling doesn’t go to Tim Swiel’s hand. Scrum to the Cheetahs on their own 5m line #wpjoulekkerding #DHLDelivers

23′ – A good move and flank Marcel Theunissen springs clear. He is brought down with a few metres to go. Another penalty awarded as DHL WP go for a kick to the corner. The line out is secured, the maul is set but it’s held up over the line.

24′ – A fifth penalty against the hosts. Another kick to the corner.

25′ – Cheetahs survive another 9 phases. The pressure is immense.

26′ – Another penalty as the Cheetahs are penalised for not rolling away in the tackle. This has been some game so far. Both sides putting their bodies on the line. Still 5-0 to the hosts.

31′ – DHL WP’s turn to defend. Some big tackles going in especially from Sergeal Petersen on Saal and then Juan de Jongh also showing his strength in the collision.

35′ – The hosts now on the attack but the strong defence holds off two line-out mauls. The knock on is forced.

38′ – Ruan Pienaar knocks over a penalty from just about in front and the hosts lead 8-0.

Half time – Pienaar adds another penalty and it’s half time in Bloemfontein. The DHL WP trail 11-0 despite dominating both territory and possession for large parts of the first 40 minutes.

45′ – Beautiful! Masimla and Theunissen combine and then the flanker offloads in the tackle and Roos is sent clear for his third @TheCurrieCup try. Conversion is good. Deficit is now just 4 points.

53′ – Make that a fourth try in the Carling Currie Cup for Evan Roos. Showing his strength as he muscles over from 10m out. Conversion is good. 25-14.

54′ – Cheetahs edged ahead further as Pienaar adds a penalty.

End to end stuff now. DHL WP win a penalty 40m out as @TimSwiel sets up the line out #wpjoulekkerding #DHLDelivers

68′ – DHL Western Province may have scored from the line out. Let’s wait to see what the TMO says. Andre-Hugo Venter waiting to see if he has banked his first try.

75′ – Penalty to the hosts. Ruan Pienaar from right in front to extend the lead to 17 points with 5 minutes to play #DHLDelivers #wpjoulekkerding

80′ – Full time in Bloemfontein but not before Thomas Bursey burrows over for DHL Western Province. Junior Springbok Sacha Mngomezulu scores his first professional points as he converts. Final score 38-21.

🗣️: "These two games are really important and it isn't a challenge to motivate this group of players"https://t.co/0zbd7nYMs0 #wpjoulekkerding #DHLDelivers pic.twitter.com/jvTstVvFN2