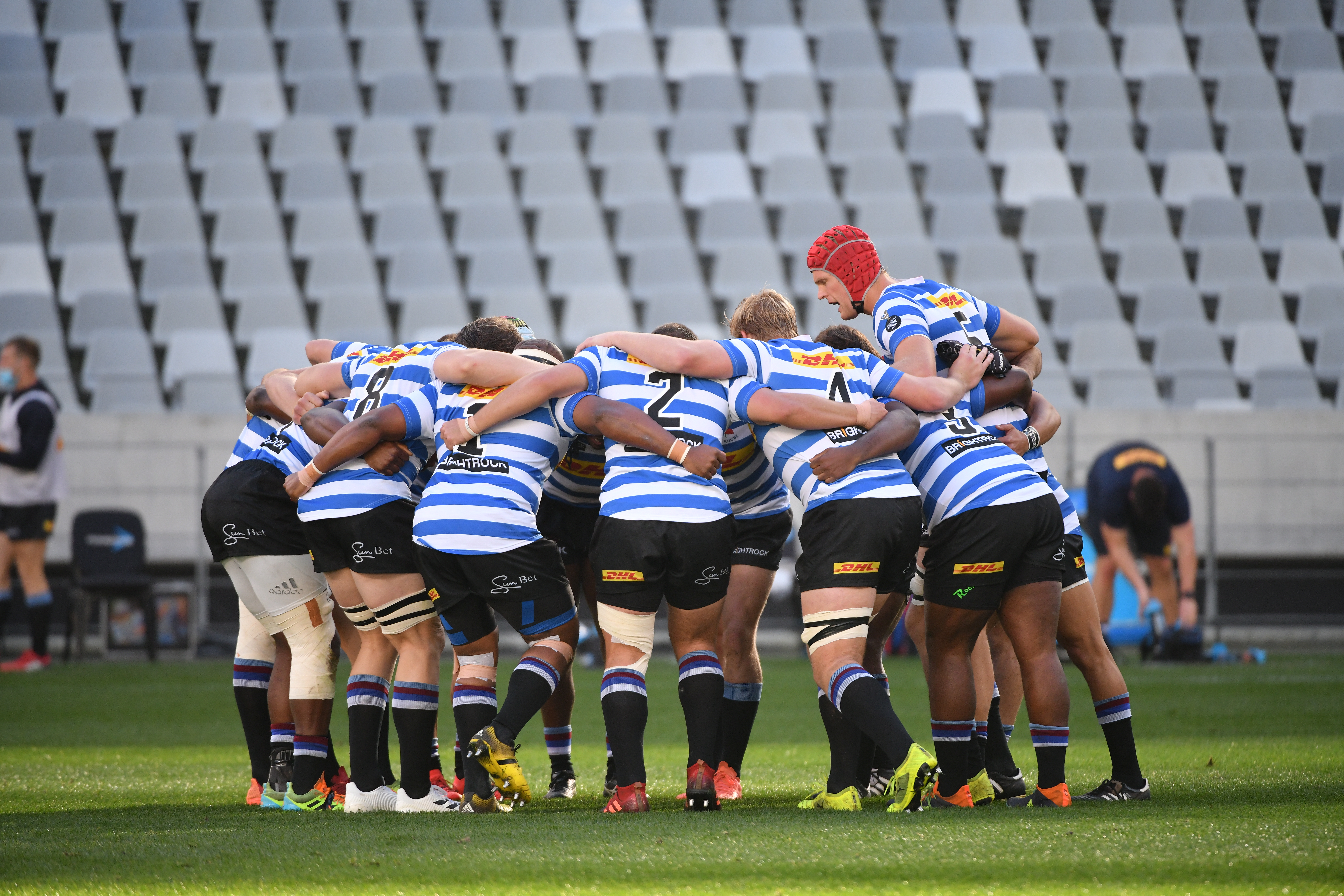 Hard work ahead for DHL WP


DHL Western Province know that they have some hard work ahead of them in their Carling Currie Cup campaign with two away games coming up.

The team were left frustrated on Wednesday as a late try from Tafel Lager Griquas saw the visitors snatch a dramatic two-point win at Cape Town Stadium.

The bonus point means that DHL Western Province are currently two log points clear at the top of the stadings, but that was little consolation for Head Coach John Dobson who knows that they will have to improve their discipline significantly going forward.

“It was a frustrating game, our discipline and performance was terrible.

“It was a very stop-start game, we got sucked into the contestable kicking game which we didn’t execute very well. If you give away 17 penalties you are not going to win many games,” he said.

The last-minute loss capped a frustrating week for DHL Western Province, with most of the coaching staff sidelined due to covid-19 protocols.

“The coaches haven’t really been involved this week because of covid protocols so the players played a big role in the preparations.

“It was a frustrating week, in a way it was a good opportunity for the players to coach themselves to a degree and good for their growth, but that was soured by a very poor performance,” Dobson explained.

While there was an improvement in their maul defence, Dobson said that tackle technique is something of a concern which they will need to address.

“If you look at our maul defence, it was much better than it has been in the last two weeks, which is where other teams have got their tries.

“Our physically dominant tackle percentage is very low, I think it has to do with tackle technique. I don’t think the system is broken, I think we have got to look more at our tackle technique,” he said.

Despite the fact that the performance was not up to standard, DHL Western Province came very close to taking a full five log points, with an Edwill van der Merwe try disallowed and Evan Roos losing the ball just in front of the tryline.

“I don’t think Griquas overran us, if you take away some of those penalties or Edwill’s try was awarded, we were one score away from five log points.

“We fixed our discipline at the start of the second half, but at the back-end of the game it fell apart again.

“We would have preferred a faster game, it is a blow in terms of our morale, there are some areas of our game that we need to work on,” Dobson added.

DHL Western Province will travel to Bloemfontein to face the Toyota Cheetahs on Wednesday, July 21 and from there will go on to Nelspruit to take on the New Nation Pumas on Sunday, July 25.