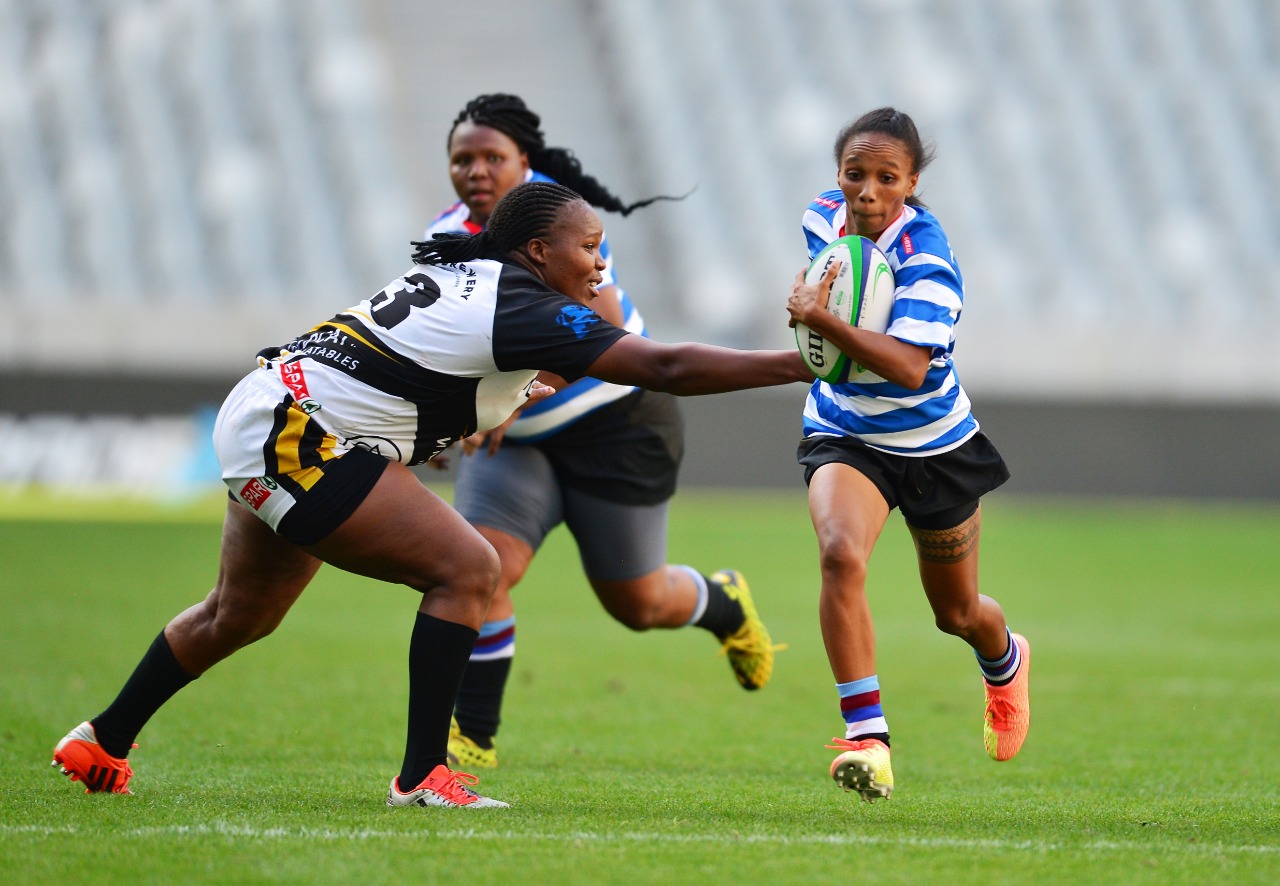 
DHL Western Province Women scored five tries on their way to a comfortable 29-8 win against the Blue Bulls Women at Loftus Versfeld on Saturday.

The victory in Pretoria made it back-to-back wins to start the campaign for the defending champions, following their polished performance against Boland at Cape Town Stadium last week.

DHL Western Province showed their intent early on against the Blue Bulls Women at Loftus Versfeld in Pretoria as they opened the scoring in the 12th minute with a try by Felicia Jacobs (scrumhalf) from a pick-and-go following sustained pressure on attack.

The hosts were then dealt a massive blow as Lerato Makua (lock), Daphne Scheepers (centre) and captain Lalla Vazi (No 8) all received yellow cards within six minutes – two for high tackles and one for offside play close to the tryline – reducing them to 12 players.

The visitors capitalised on this with Sinazo Mcatshulwa (lock) dashing through a big hole in the defence, and the successful conversion by Vuyo Maqholo pushed them into a 12-3 lead at the break.

The Blue Bulls Women finally earned their first try in the 48th minute with Scheepers touching down after a well-timed pass by Janse van Rensburg, which closed the gap on the scoreboard to four points.

The visitors, however, cancelled this out in the 63rd minute as Jacobs snuck through for her second try after picking up the ball from the base of the ruck and dotting it down, and the conversion saw them take a 19-8 lead.

The Blue Bulls Women again found themselves under pressure going into the final 12 minutes as Tan Macingwane (hooker) received their fourth yellow card of the match, and this paved the way for Western Province’s Simamkele Namba (winger) and Donelle Snyders (fullback) to score, which secured their bonus point.

The home side fought until the end, but they were unable to add to their score, which saw DHL WP seal a 29-8 victory.