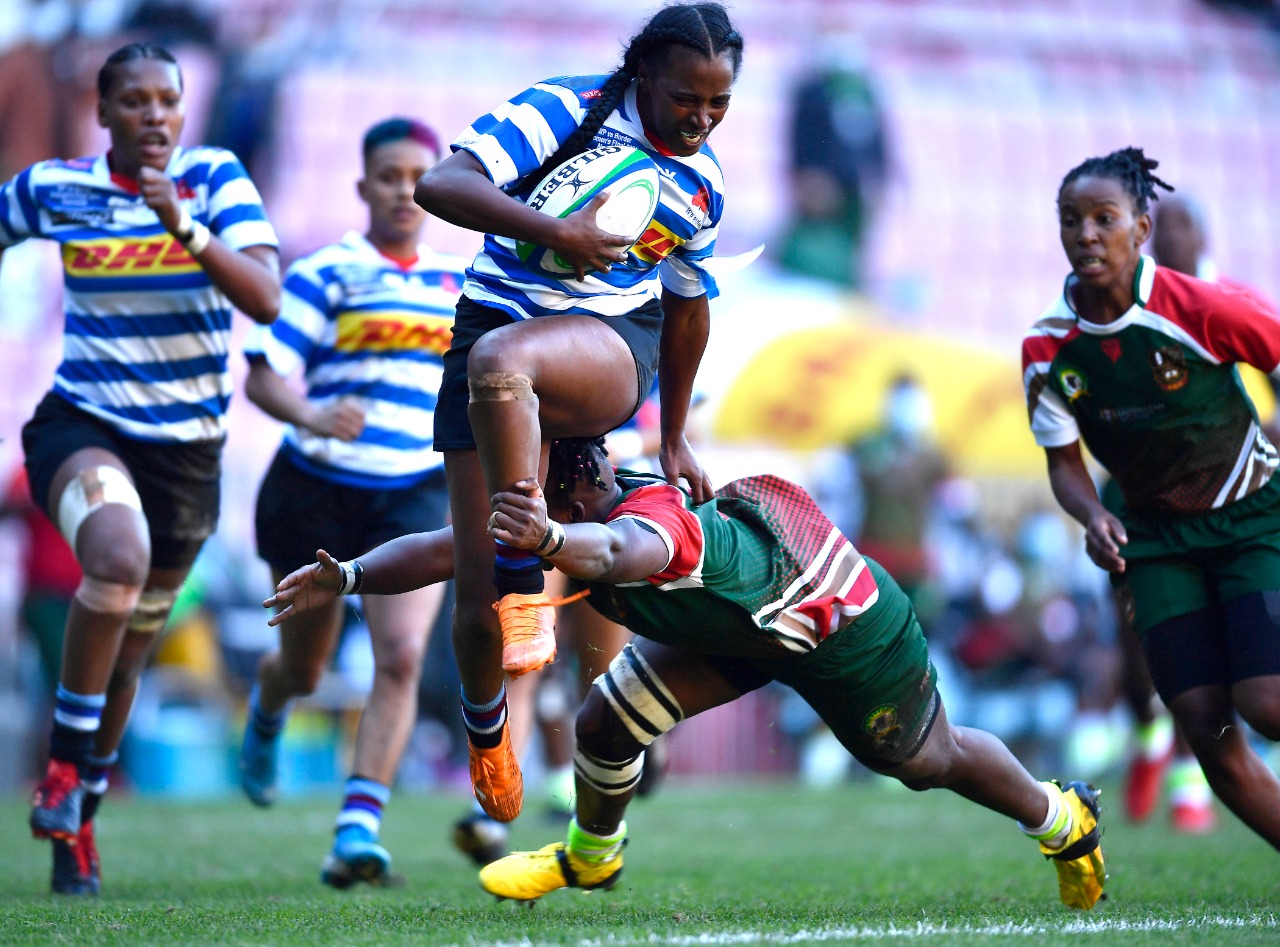 
DHL Western Province Women suffered their only defeat all season when they went down 24-15 against Border Ladies in the Women’s First Division Final at DHL Newlands on Friday.

Having won every match in the league phase of the season, DHL Western Province Women had their sights set on a fourth consecutive title, but it was not to be as the Eastern Cape side produced a stunning performance to take the spoils.

The visitors started with real intent, dominating territory and possession in the early stages as they took the game to DHL Western Province Women.

The home team defended well, but could not avoid giving away two penalties, which were kicked by Border Ladies flyhalf Yandisa Nobanda to put them 6-0 up.

The Eastern Cape side capitalised further on their dominance by putting left wing over in the corner for the first try.

DHL Western Province Women were up against it, but they dug deep and showed how dangerous they can be with the ball in hand as right wing Veroeshka Grain took the ball into the 22 before it was sent out to left wing Simamkele Namba to score.

Namba looked to be over for her second try just before half-time, but it was disallowed due to a forward pass and it was the visitors who took an 11-5 lead into the break.

The home side had the momentum, and a try early in the second half from fullback Donelle Snyders cut the deficit to just one point, however they were reduced to 14 soon afterwards with outside centre Zintle Mpupha shown a yellow card for a cynical infringement.

Border Ladies took advantage immediately, with Mbodli getting over for her second try to make it 16-10 heading into the last 20 minutes.

They stretched that lead to 21-10 with 10 minutes left, when Holofela went over for their third try, to cap a period of sustained pressure on the tryline.

DHL Western Province Women refused to give in and replacement scrumhalf Felicia Jacobs got over for their third try from a quick tap with just five minutes left, to give them a shot at snatching the win.

However, the visitors had the final say, as a late penalty from Nobanda sealed the win for them.