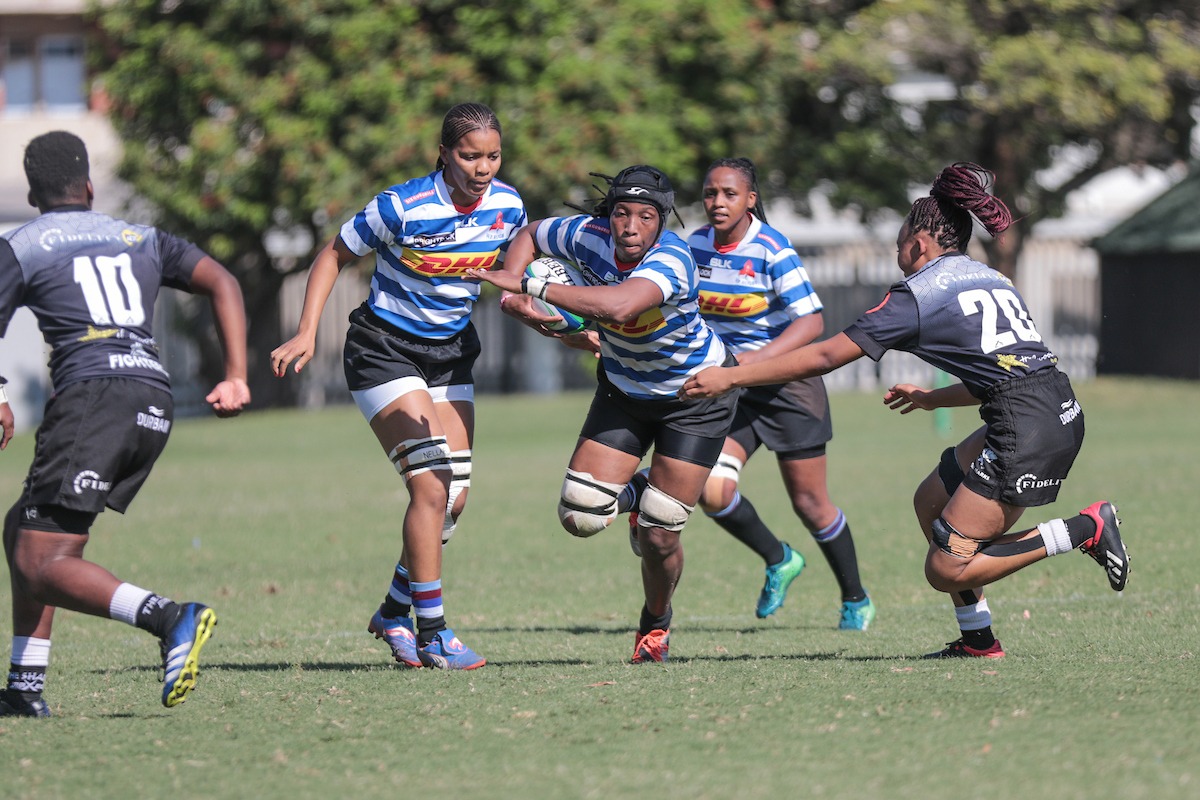 
DHL Western Province Women wing Alichia Arries scored two tries as her team beat the Cell C Sharks Women by 10-0 in a Women’s Premier Division clash in Durban that will be remembered for ruthless defence from both sides.

It was the fourth consecutive victory for DHL Western Province Women and sees them continue as one of only two unbeaten teams in the competition.

Arries, a member of the SA Rugby U18 Girls High Performance squad in 2019, scored her first try late in the first half after some great interplay from a kick by the home team that didn’t find touch, to hand the Capetonians a 5-0 lead at the break.

Both sides pressed hard on attack, but failed to capitalise, mainly due to stern defence. Neither team shied away from pushing with ball in hand, but the big hits kept on coming.

Arries bagged her brace – her second of the season – halfway through the second half to push DHL WP’s lead up to 10-0, which is how it stayed until the end. It came from a quick-tap penalty and a few passes to the left, where the speedster went over untouched.

The Cell C Sharks never gave up though and strung together more attacking phases late in the game, but they failed to breach the visitors’ defence.

Voice Ndou, a former Imbokodo player, had a shot at goal late in the game from right in front, but pushed it to the right, which ultimatel denied her team a bonus point.