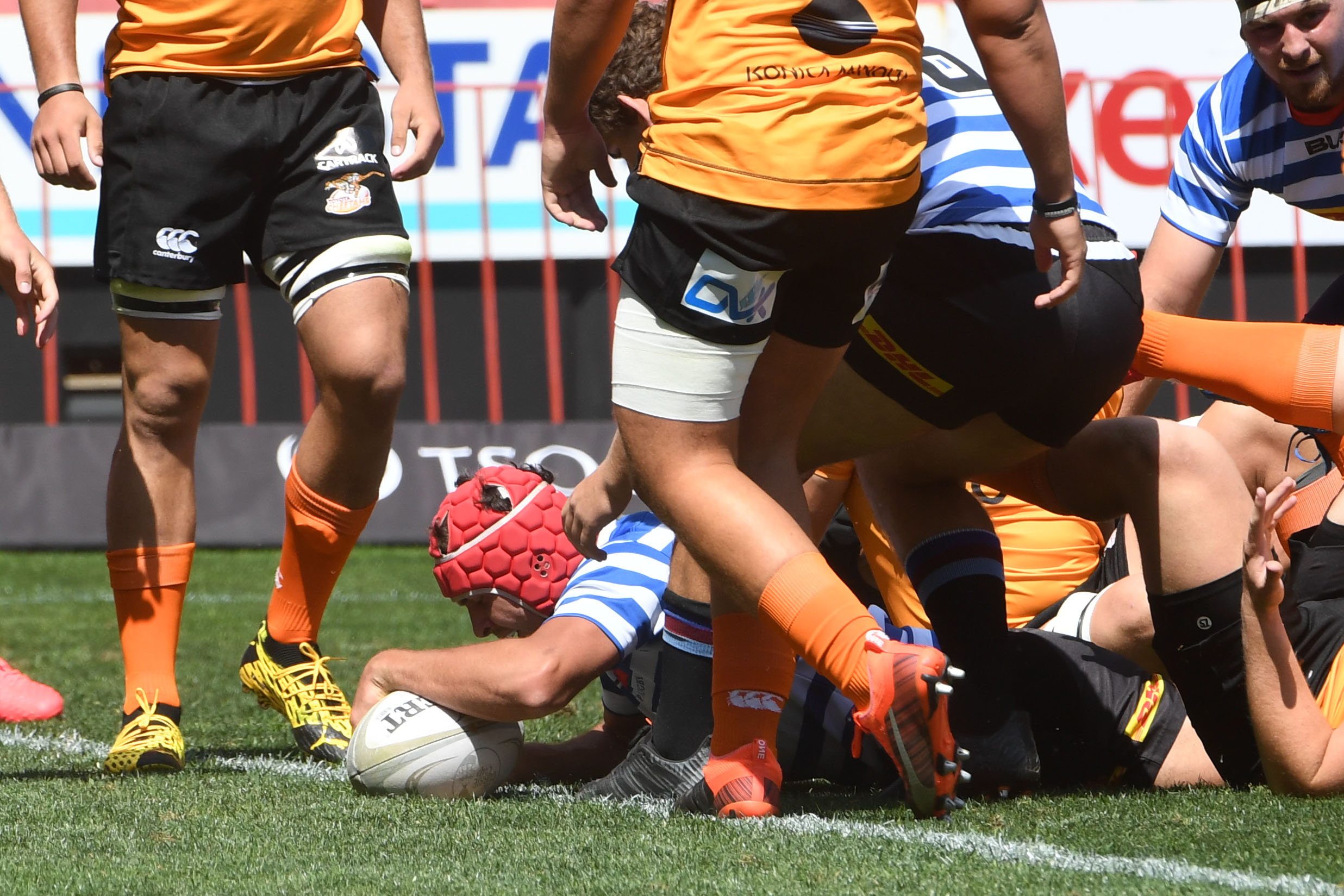 DHL WP U21 go down against Lions


DHL Western Province went down 54-19 against a rampant Xerox Golden Lions U21 side on Sunday, to end their hopes of qualifying for the SA Rugby U21 Championship Final.

The Xerox Lions’ patience on attack and efficiency at taking the points on offer steered them to a rewarding home victory and secured their spot in the Final.

The hosts were calm and collected on attack in the first half, launching regular attacking spells, while Luke Rossouw (centre) was on form with the boot, which saw them build up an encouraging 23-7 halftime lead.

They continued to show their class in the second half, adding five tries to take their tally to seven – with Francke Horn (replacement loose forward) and Runaldo Pedro (scrumhalf) earning braces – and with DHL Western Province U21 battling to make their presence felt, the result was never in doubt.

Rossouw put his team in the lead in the seventh minute with a penalty goal, and he added a second long-range three-pointer 11 minutes later before Junior Springbok prop Asenathi Ntlabakanye crashed over for their first try from a pick-and-go in the 26th minute.

Horn crossed the chalk for the Xerox Lions’ second try two minutes later as they took advantage of the unorganised defence and spread the ball out wide. This handed the home side a 20-0 lead.

DHL WP U21 finally got on the scoreboard in the 36th minute compliments of a penalty try following a powerful scrum, but the hosts had the last say going into the break with Rossouw kicking his third penalty goal to stretch their lead to 23-7.

The Xerox Lions struck again less than 50 seconds into the second half with Ngia Selengbe (wing) forcing his way through in the corner, and they racked up their fourth try minutes later after a stunning break by Emmanuel Tshituka (lock) who delivered a perfect pop pass to Pedro (scrumhalf) to touch down.

The visitors launched a determined counterattack and it paid off with Jarrod Taylor (flank) beating two defenders to get over in the corner, but this was cancelled out almost immediately as Pedro tapped the ball forward and gathered it to score his second try and push their score to 40 points.

They continued to test the visitors with their balanced attack and it paid off as Tshituka scored their sixth try in the 65th minute from a strong rolling maul, and Horn followed with his second five-pointer with 10 minutes left to play after receiving the ball at depth close to the tryline.

DHL Western Province U21 refused to give up and added a consolation try in the 72nd minute thanks to their captain Marcel Theunissen (loose forward) from a maul, but this was too little too late as the hosts walked away with a 54-19 victory.