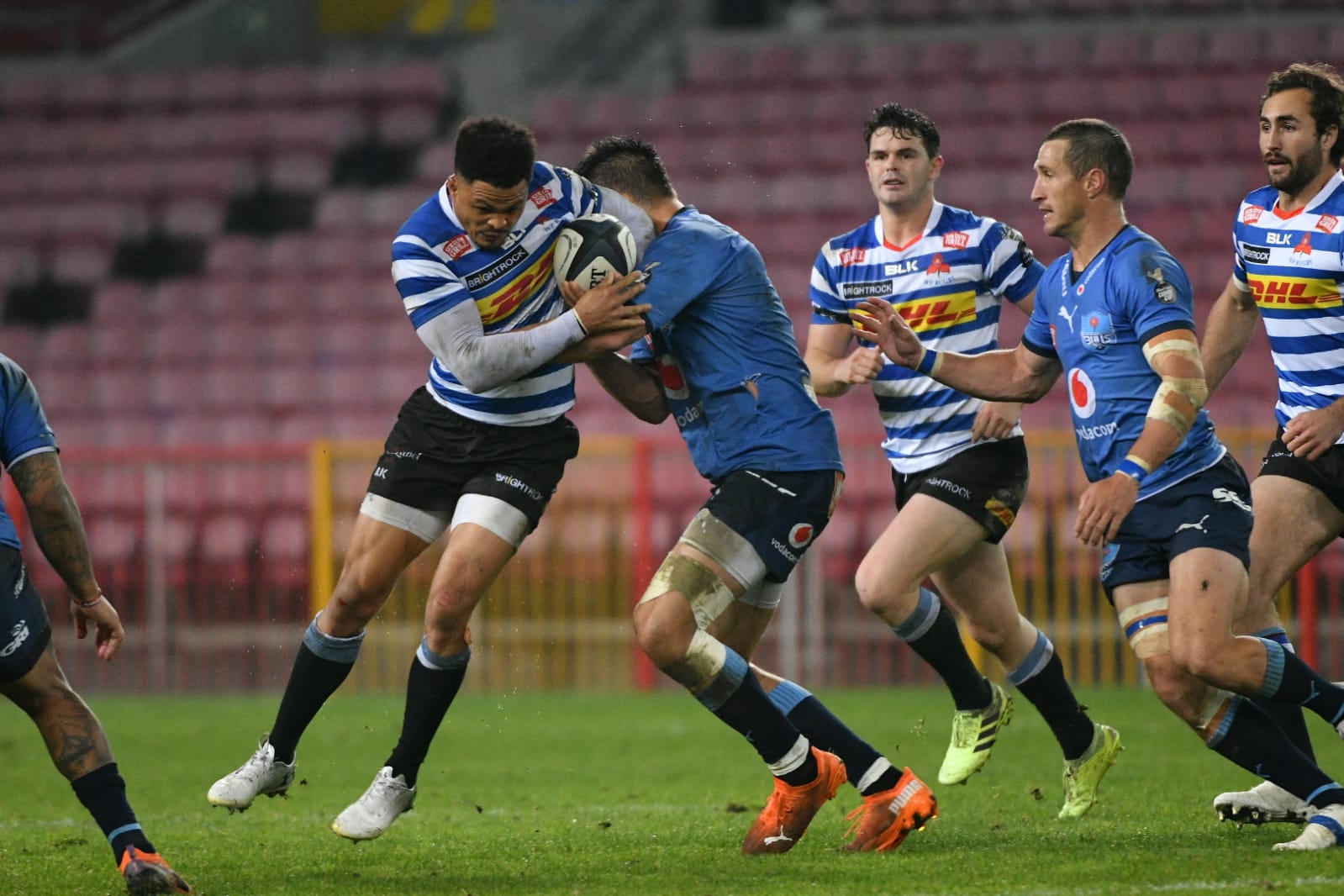 DHL WP go down in derby


DHL Western Province, reduced to 14 men for a large part of the game, lost 34-13 to the Vodacom Bulls at Newlands on Friday.

The home side started in electrifying fashion as Johan du Toit burst through the defence before offloading sensationally to Paul de Wet, who cantered over the try line.

Tim Swiel converted but the visitors were level almost immediately through Richard Kriel. Johan Goosen levelled matters from the corner.

Nama Xaba then continued his fine work and earned his side a kickable penalty at the breakdown. Swiel stepped up to put the hosts back in front.

A mistake from a lineout saw Johan Grobbelaar score for the Bulls after 13 minutes. Goosen and Swiel traded penalties before the biggest talking point of the match occurred with 5 minutes to go in the half. DHL WP were reduced to 14 men after Scarra Ntubeni was adjudged to have committed a dangerous high tackle.

The home side showed their determination to keep the score at 13-17 despite the numerical disadvantage.

The second half was no one-sided contest with DHL WP continuing to hold their own in terms of territory and possession.

Zak Burger helped the visitors stretch their lead with the match opening up and swaying from end to end. The boot of Goosen was enough to keep the home side at bay before Cornal Hendricks scored late on.

Ultimately, DHL Western Province fought hard and defended well but were unable to make in-roads as the Bulls held firm.