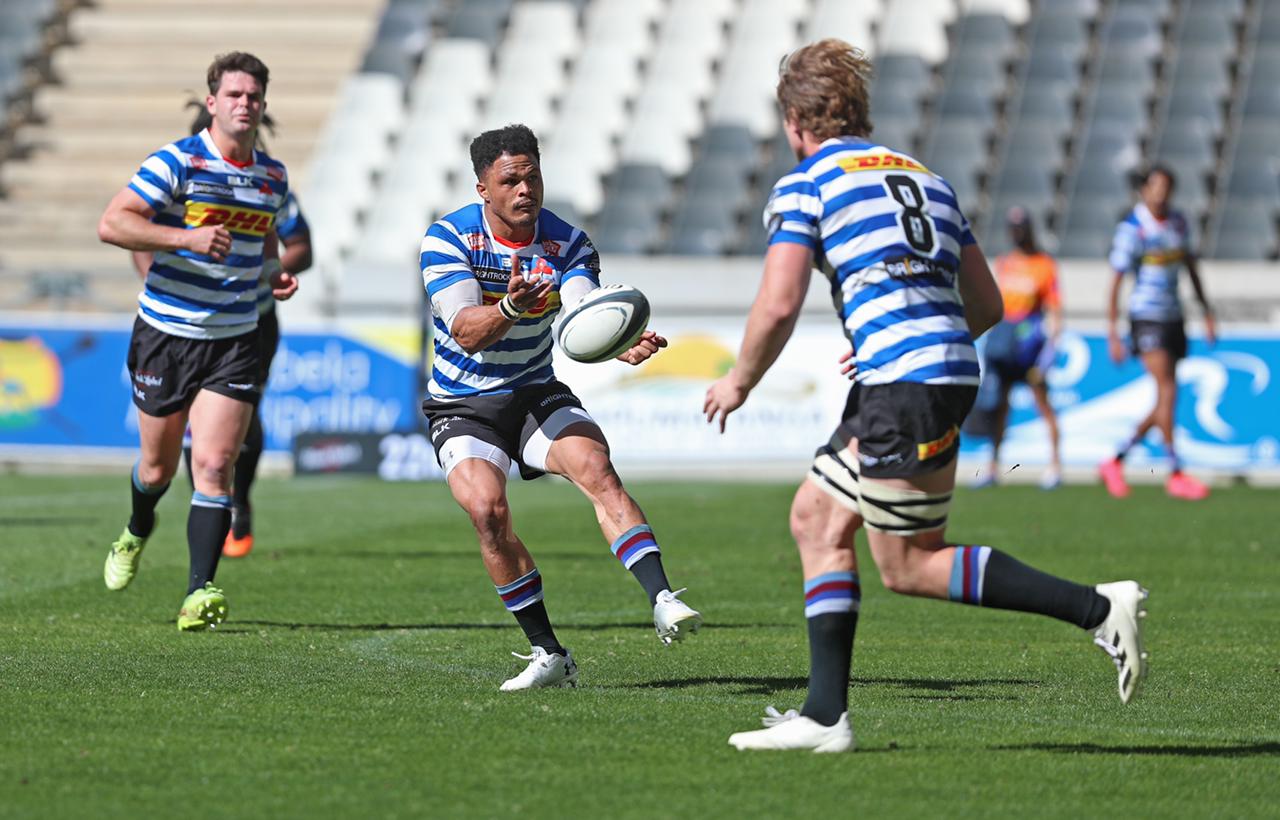 
Juan de Jongh will come full circle as he captains DHL Western Province on Friday night against the Vodacom Bulls in their Carling Currie Cup clash at DHL Newlands.

The decorated centre lifted the Carling Currie Cup at DHL Newlands in 2014 and will once again lead the side following the unavailability of Ernst van Rhyn through injury.

De Jongh will resume his partnership with Dan du Plessis in the midfield for DHL Western Province, with the only change among the backs from the team that bagged the bonus point victory on Sunday against the New Nation Pumas being on the wing where Seabelo Senatla starts in place of Tristan Leyds.

Coach John Dobson has a plethora of talent to call upon with the fit-again Warrick Gelant also named among the substitutes.

“It’s an exciting period for us, with two tough home games, but a squad that is looking really confident,’ said Dobson.

‘We’ve come through a very tough sequence of games and the team really lifted themselves in Nelspruit. We know the North South derby never needs much motivation but for sure, the team will be lifted by the presence of the likes of Warrick [Gelant] and Deon [Fourie]. It’s also a good opportunity to keep the continuity and we all know what leadership qualities Juan [de Jongh] brings to the squad.’

Fourie, of course, knows what it takes to win the competition and lifted the trophy as captain in 2012. He starts from the bench in what has become a very strong matchday squad.

The absence of regular skipper Van Rhyn means that JD Shickerling will be joined by David Meihuizen in the second row with in-form prop Neethling Fouché the only other change to the pack. He replaces Sazi Sandi, who drops to the bench for Friday’s fixture.

“The North South derby is always a tough, physical battle. Our forwards have shown over the past few matches their ability to dominate and we are hoping that it’s a case of ‘more of the same’ at DHL Newlands,” added Dobson.